You are here: Home / Herbie Sharman 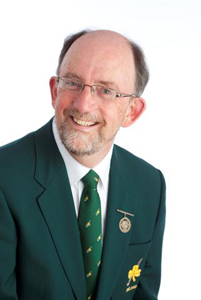 Herbie Sharman was Irish Hockey President 2010-2012. A stalwart supporter of the sport, especially Schools hockey, Herbie managed both the Leinster and Irish U18 and U21 squads. Always generous with his time, Herbie travelled throughout the country and further afield to support our hockey teams – whatever their age.  In his later years, Herbie also officiated at many Interpro tournaments. The Herbie Sharman Trophy is played for at the All Ireland Schoolboys competition. He will be fondly remembered for his poems and gentle humour. Herbie passed away in January 2016