You are here: Home / Hockey Ireland / National Stadium at UCD 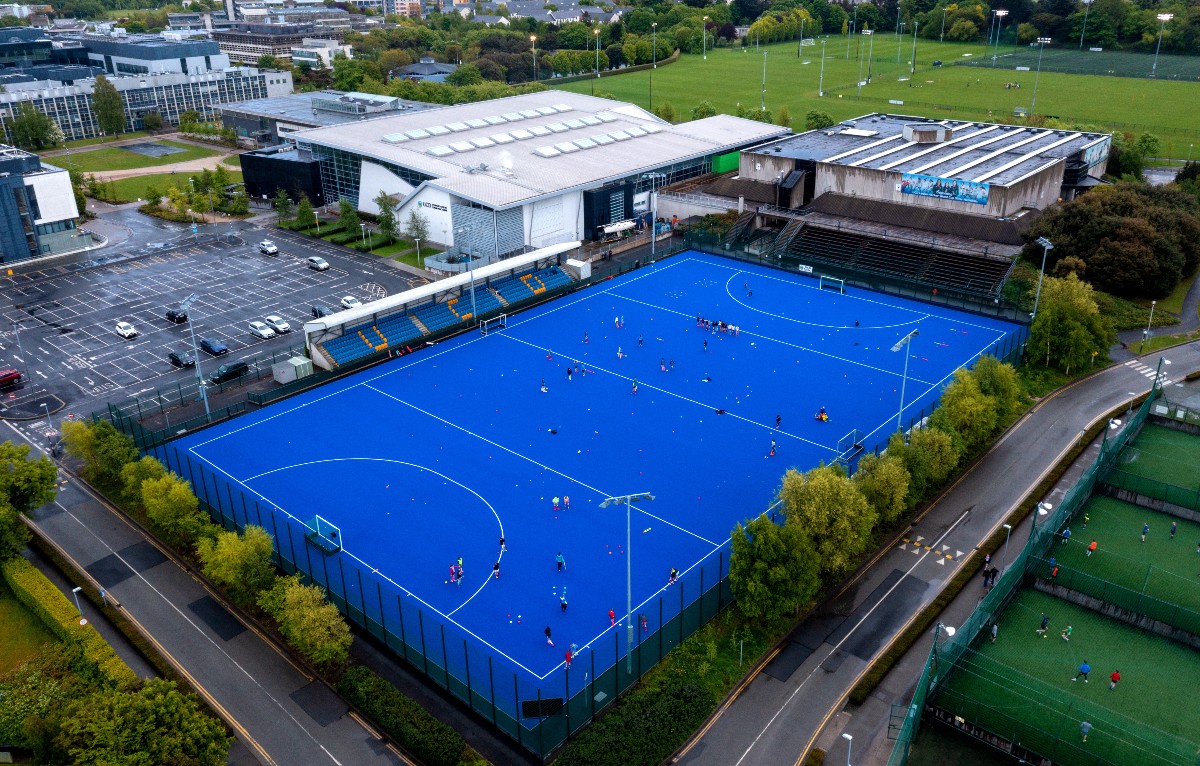 Hockey Ireland and its forerunners – the Irish Ladies Hockey Union and the Irish Hockey Union – have enjoyed a strong partnership with UCD for over 25 years.

The sport’s governing body set up its home at Belfield in the early 1990s as part of its centenary celebrations with the construction of the purpose-built National Hockey Stadium on the premises of the south Dublin university.

This development came in time for the hosting of the women’s World Cup in 1994 and the men’s European Championships a year later in 1995.

The Belfield venue also welcomed the 2005 women’s Europeans before setting the stage for the sold-out Olympic qualifiers in 2012 when President Michael D Higgins was on hand to witness the ultimately heart-breaking London bid with Korea cruelly denying the Green Machine  a ticket with seven seconds left on the clock.

These are among highlights alongside numerous other World League and Champions Challenge events.

Since the 90s, Hockey Ireland have been long-time office residents in the nearby Newstead building, providing a close link between the two bodies.

On the playing fields, UCD have been one of the foremost clubs, particularly through the Ad Astra scholarship, aiding the development of young players into elite sport.

Having access to the high performance gym and two strength and conditioning experts who support the Ad Astra Academy, UCD teams and players have access to high level resources which has benefited the national teams.

On the women’s side, the club has been an intrinsic part of the Green Army journey. On their run to World Cup silver in 2018, captain Katie Mullan, Lena Tice and Deirdre Duke were current members of the club while Grace O’Flanagan, Gillian Pinder, Chloe Watkins, Nikki Evans and Anna O’Flanagan were among their alumni.

Mullan, Tice, Duke, Watkins and O’Flanagan went on to represent Ireland at Tokyo Olympic Games alongside UCD players Michelle Carey and Hannah McLoughlin while another Olympian, Sarah McAuley, has since linked up with the university.

On the men’s side, Ireland’s all-time record goalscorer Shane O’Donoghue lined out for the students in a highly successful three-year spell along with Kirk Shimmins. Both went on to play at the 2016 Olympic Games in Rio de Janeiro.

Recent graduate Conor Empey is now playing hockey professionally in the Netherlands while latest recruit Kevin O’Dea is one of the sport’s rising stars.

The student club is currently home to eight women’s and three men’s teams competing from the all-Ireland EY Hockey League level through to a variety of levels in the Leinster leagues, providing hockey for all ability and interest levels.