You are here: Home / Inez Cooper 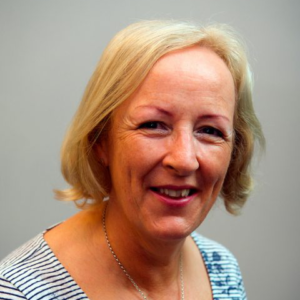 Honorary Life Membership was given to Inez Cooper by Hockey Ireland in 2022. Inez has a long and distinguished history of involvement in Irish Hockey. She has contributed in a multitude of ways, filling significant roles at club, provincial, national and international levels.

As an experienced project manager, in 2019 she successfully chaired the LOC for Ireland’s hosting of the Women’s FIH World Series Finals in Banbridge and followed this by leading the extremely successful Tokyo Olympic Games, FIH Women’s Qualifier Series in Donnybrook, Dublin. This ‘Donnybrook Event’ twice broke the previous record for the largest attendance at a Women’s International match in any sport in Ireland and culminated in ensuring that the Irish team became the first ever Women’s team to qualify for an Olympic Games.

She has served for eight years on the Executive Board of the European Hockey Federation (EHF). During this time, she has held the position of Chair of the EHF Education Committee overseeing the successful delivery of individual education programmes across all cohorts of Umpires, Officials and Coaches.  She has also acted as the of Chair of the EHF Officials Committee. In 2019 she was a speaker at the first European Hockey Female Leadership Forum where the EHF’s strategic goal, to advocate, support and build desires for equal female leadership opportunities, was to the fore. In 2021 Inez was elected Female Vice President of the EHF.