You are here: Home / Mauritius Cup 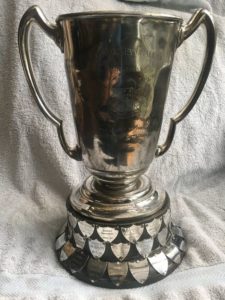 The Mauritius Cup was presented by the Mauritius Government in 1951, represented by Mauritian UCD Medical students, Pierre Piat and Jacques Noel, to J. Stephen Doyle, Hon. Secretary, UCD Hockey Club for the Inter-University Hockey Competition. The year generally reflects the tournament being played early on in the season e.g. 1967 is the 1967-68 season. Click on the link where available to see photos from the year played.
Previous Winners
QUB Queen’s University Belfast
DU Dublin University (Also known as Trinity)
UCD University College Cork
UU University of Ulster
UCC University College Cork
DCU Dublin City University
TUD Technological University Dublin
We use cookies on our website to give you the most relevant experience by remembering your preferences and repeat visits. By clicking “Accept All”, you consent to the use of ALL the cookies. However, you may visit "Cookie Settings" to provide a controlled consent.
Cookie SettingsAccept All
Manage consent