The Green Army will be making their first Hockey World Cup appearance since 2002, having been assured of a ticket to London on the back of a strong Hockey World League campaign and results going their way in the Continental Championships. The Green Army performed well at the Hockey World League Semi-Final in Johannesburg, claiming seventh place thanks to a battling 2-1 win over India in their final match which left them on the verge of World Cup qualification. Their World Cup spot was finalised a few months later when Australia and New Zealand – two teams that had already achieved qualification for London – reached the final of the Oceania Cup Continental Championship, opening the door for Ireland who were next in line.

After a 16 year absence, Ireland can now look forward to competing in their fourth Women’s Hockey World Cup following appearances at the Amsterdam 1986 (NED), Dublin 1994 (IRL) and Perth 2002 (AUS) events. Their best finishing position came on home soil at Dublin 1994, where the they finished in 11th place. The team coached by former Ireland men’s international Graham Shaw has more than enough talent to outstrip their previous best performance. With over 250 international appearances to her name, the influential Shirley McCay commands respect both on and off the field, while quicksilver attacker Anna O’Flanagan has earned a reputation as a feared goal-scorer who can turn a game in the blink of an eye. 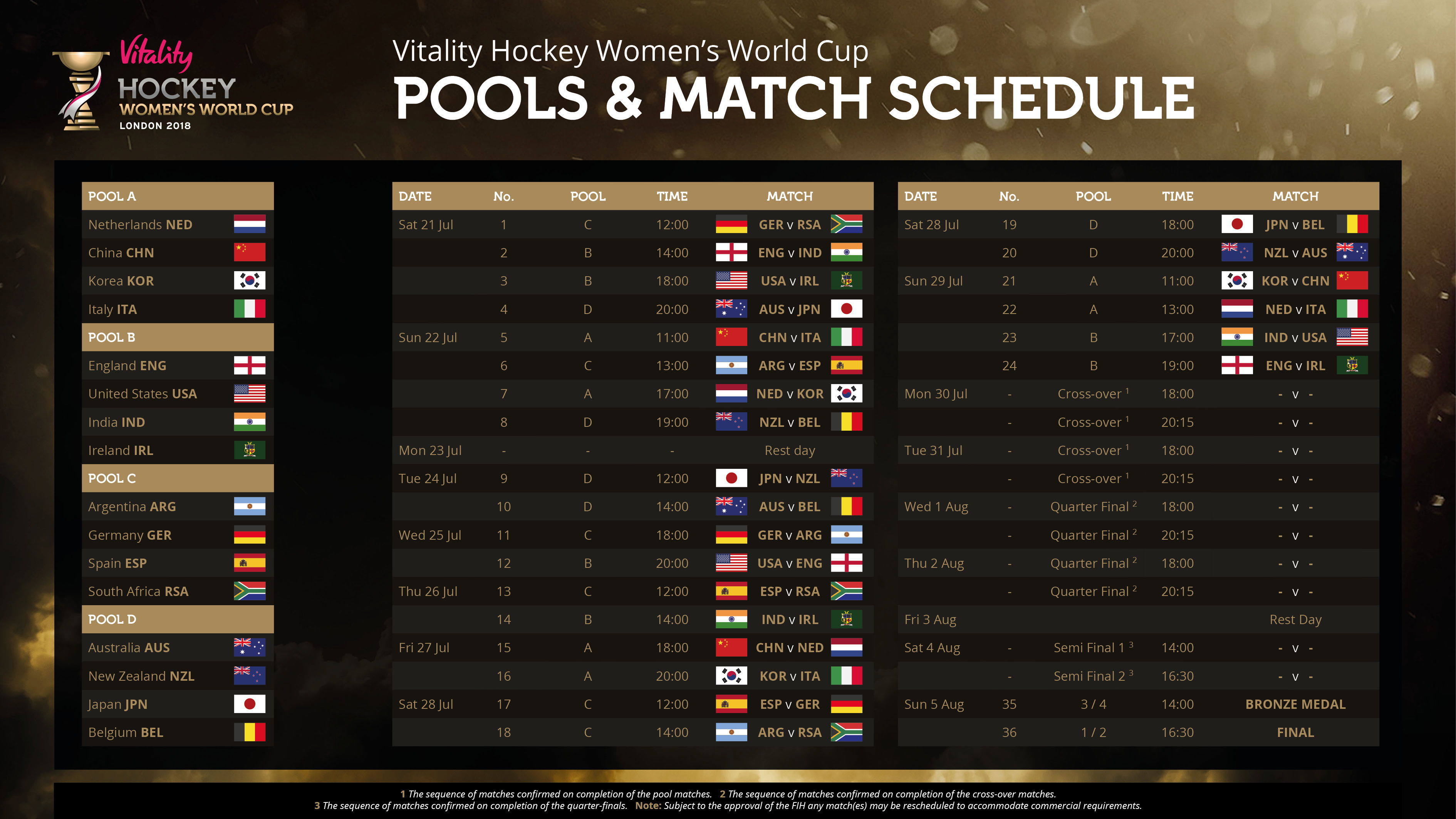