You are here: Home / NDS Men 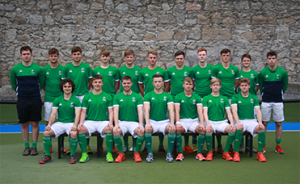 Head Coach, Denis Pritchard has announced the Men’s U21 squad which has been selected for the U21 European Tournament in Litice, Czech Rep this summer from 14th – 20th July.

In the build up to the selection they have played a series of matches v France U21 in Dublin. They will play Scotland U21 in Belfast in June and then travel to Europeans in Litice.

Speaking about the announcement Pritchard says
“The majority of the athletes are performing weekly in the E.Y.H.L which has given them a maturity not previously attainable under the older structures. Allied with support from Sport Ireland and Sport N.I. while aligned to the Senior Men’s physical, tactical and technical programmes this group are being provided with opportunities to progress as a team and individually. We must also say a huge thank you to the player’s families whose support is crucial to the squad’s development. We will go to the Czech Republic in July confident of progressing to the “A” Division and setting a sound base for future years”

They then head to Litice in the Czech Republic to play in the EuroHockey Junior Championship II, full details of this tournament can be found here

Coach Denis Pritchard will take on France in his first international game as U21 coach tonight in Three Rock Rovers Hockey Club. This is the first in a series of 3 matches against the French U21 team and will be an ideal opportunity to utilize his full squad.

“These games are a welcome opportunity to see where we are as a group with all squad players getting a chance to play. It has been a while since Ire U21 men have played a home game and it would be great to see a good crowd out to support these ambitious athletes”

Speaking about the squad and tournament, Caren said “This is another fantastic opportunity for us to develop our U21 players in a non major competition year, with high caliber opposition in both European and Asian teams. With us missing 4 of our players to the senior program as they compete for their spot in the World Cup squad, it enables us to look at players in a high pressure tournament environment that we maybe wouldn’t have been able to before. With promising performances in the USA Junior 3 Nations tournament in May, this will be a step up to challenge our team on the next level competing against U23 teams.” 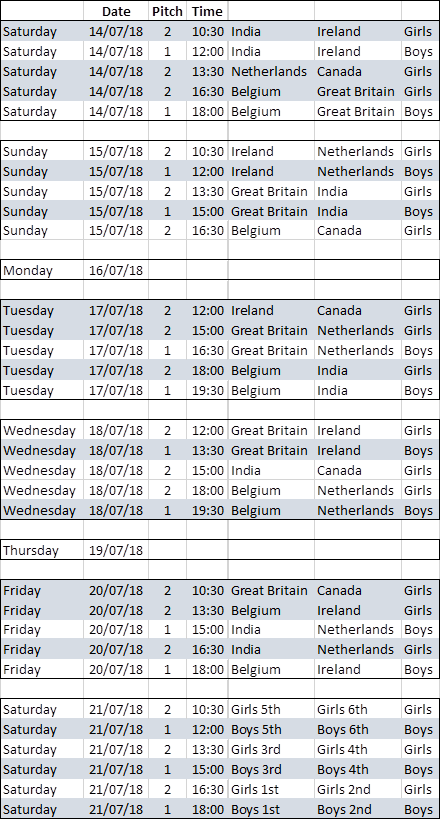 Head Coach Jonny Caren hails his team’s progress and is looking forward to the tournament, which marks the start of a busy summer for all international squads “This year is the perfect opportunity to focus on the dual purpose of the U21 programme; to develop our athletes along the player pathway towards a senior international career and develop our younger athletes towards next years’ Junior European Championships. This 3 Nations tournament is an exciting opportunity to look at current and future athletes in a competitive environment. It will be excellent experience for our talented group playing against the different styles of Japan and America”.

All matches to be held at Yale University (times listed are local):

Jonny Caren has announced his U21 men’s squad for the Eurohockey Junior Championships in Valencia (August 28th – 3rd September). Ireland sit in Pool B with Austria, Belgium and Germany, with Belgium and Germany finishing second and third respectively in last year’s Junior World Cup in India. Caren has the services of the ever reliable Jamie Carr in goal, recently returned from World League with the senior men’s squad. While Luke Madeley and Keith O’Hare’s drag flicking will surely be an obvious attacking threat, along with the pace and 3D skills of Cork Church of Ireland player Julian Dale.

Speaking about the squad, head coach Caren said “We have been together as a large panel over the past 9 months and this group have worked tirelessly on their preparation. We now find 7 of the panel either involved in the senior European Championships or unfortunately injured but the main focus for this group was to ensure we had an extremely tight knit team that worked well together on and off the pitch. Our main focus for this tournament is to ensure our top flight status to enable Junior World Cup qualification chance next time around”.

IRELAND WIN GOLD at EUROPEANS 2014!Ireland’s U21 Team competed in the Europeans in Lousada, Portugal from 13th – 19th July taking the top spot after beating Scotland in the final.