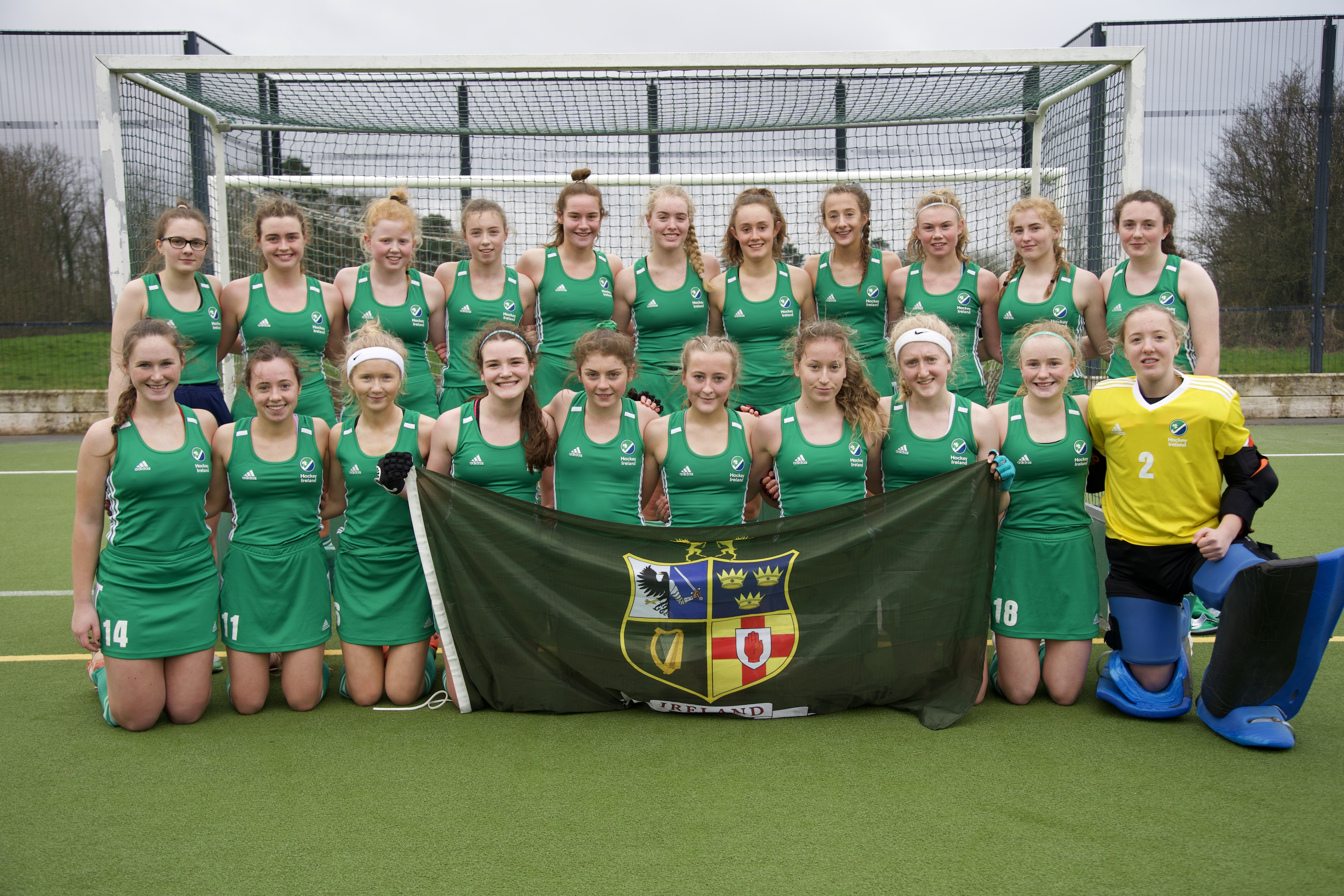 The following squad has been selected for the U16 Girls squad to travel to Lilleshall in February.

The following players have been selected for the U16 Girls training panel.

Following last weekend’s interpro’s, Sarah Scott, Head Coach of Ireland’s U16 Girls team, has announced her training squad, saying “I really enjoyed watching the U16 matches at the Inter-provincials in Cork. It was evident from the talent on display that a lot of hard work had been put into preparing the teams for the tournament. I’m excited to engage, empower & educate this young group of female athletes. I am looking forward to see how they develop within the Irish JAG system as we build towards the six nations in July.”

U16 squad announced for Scottish Series and 6 Nations in Eindhoven this July.

The following players have been selected to play a three-match series against Scotland in Edinburgh.  The matches will take place in Glenalmond College, Perth.

The following players have been selected to play in the 6 Nations in Oranjerood – Eindhoven, Holland.

Speaking on the announcement, Head Coach Sarah Scott said “There is so much talent within this age group and we are delighted with the improvement the squad and players have made since our opening 3 match series against England in February.

The squad has gone from strength to strength. It is fantastic we were able to get so many players exposed to high quality opposition and a top-quality strength & conditioning program. As such, selection was a very difficult process given the hard work and commitment given by all the players in the squad.

We are looking forward to working hard over the next five weeks in preparation for Scotland series and the 6 Nations in Eindhoven.”

The U16 girls head to Germany for a two match series against Mannheim HC. The matches will take place in Mannheim HC in Germany.

The Girls will play two matches: 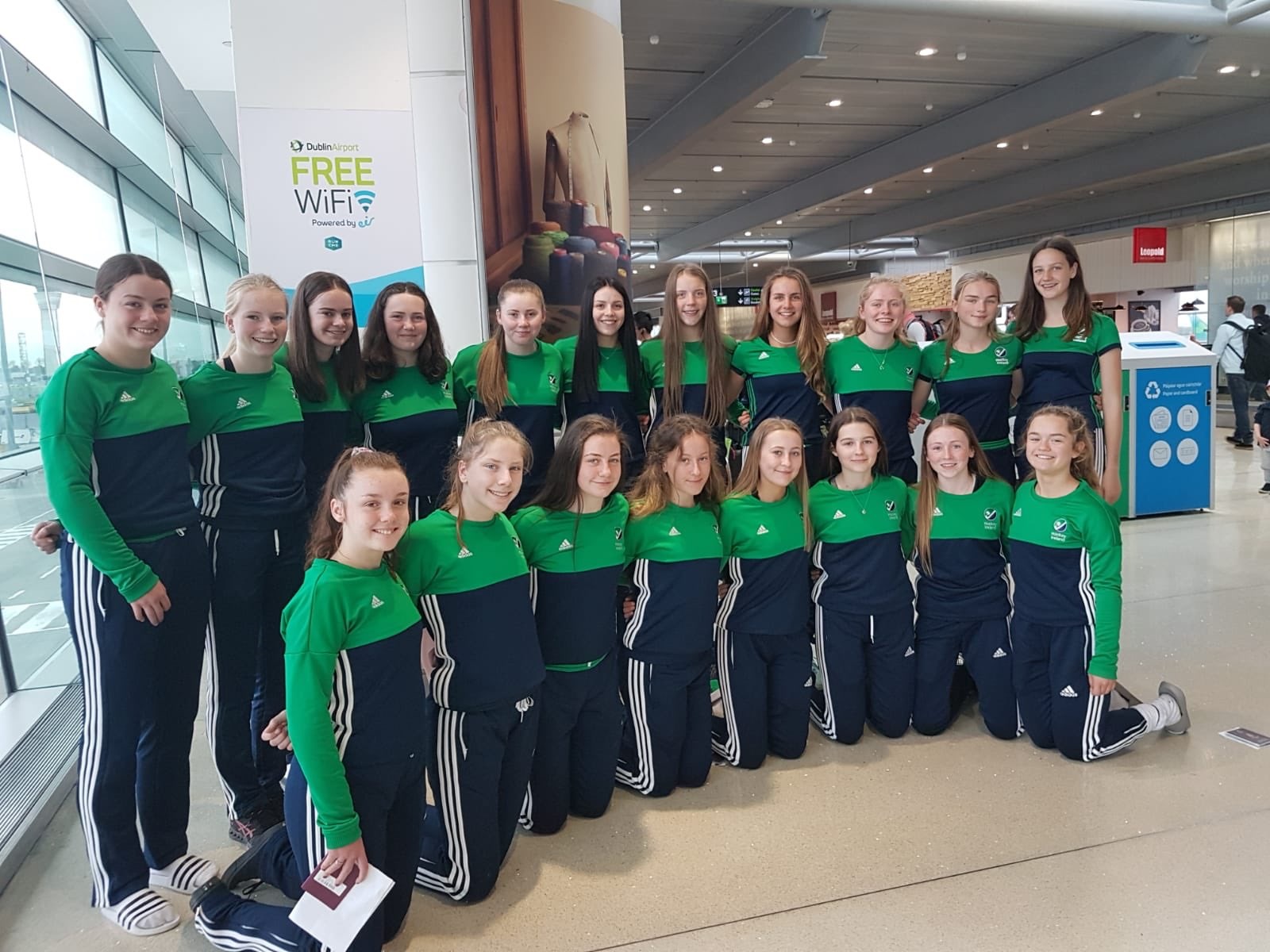 The following players have been selected to play a two match series: 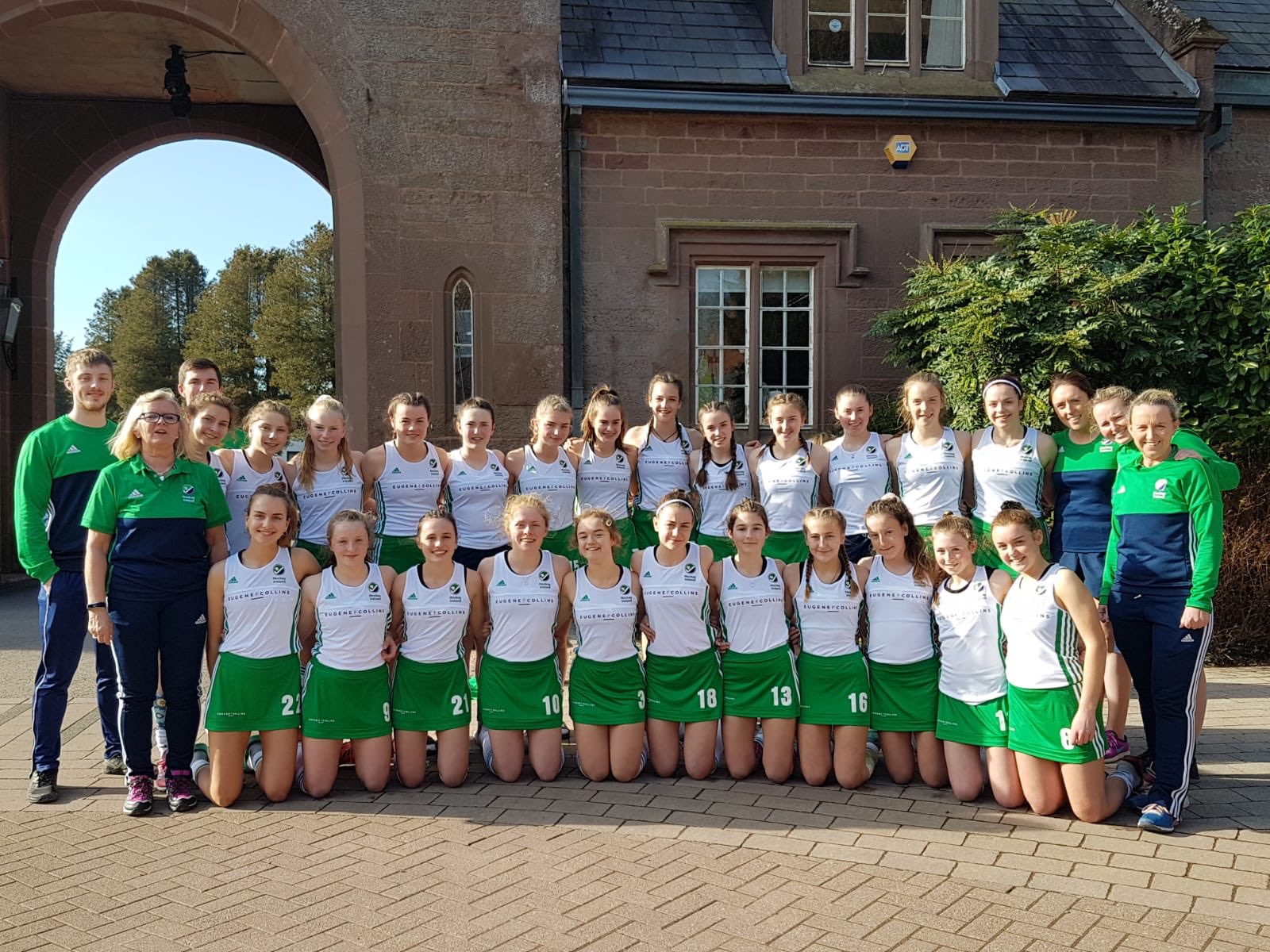 Ireland U16 Girls head coach Sarah Scott has called upon a group of 43 players for trials following the girls interpros. Trials will take place on 14th October & 11th November.

This July Ireland will play host to the annual U16’s 6 nations international tournament. All 30 matches will take place in University College Cork and Ireland is well represented with both U16 Girls & U16 Boys teams competing against some of the best junior age group teams in the world.

Full Match Schedule: (* denotes the team that won the penalty shoot-out in the event of a draw)

U16 Girls head coach Brendon Carolan has announced his squad for the upcoming match series against Scotland in Belfast and the U16 6 Nations in Cork.

Ireland vs Scotland in UUJ

Click here for details about the U16 6 Nations in Cork.

U16 Girls Coach Brendon Carolan has selected his 18 squad and 4 Non travelling reserves for the invitation 3 Nations to be played at Moerser HC in Germany from 18/20 May.  Commenting on his selection Carolan said:

“We look forward to the first competitive series of matches for the U16’s programme. With a long term development programme in mind, building towards the U18 European championships 2020, this will give us a great opportunity to see where we initially sit relative to other European teams. A great series of matches to learn from and progress our U16s. We thank Germany for the invite and also look forward to testing ourselves against the Netherlands.”

The U16 Training panel has been reduced and National Coach Brendon Carolan commented “After the interpros , the last four months have culminated into the next phase for the U16s programme. This squad has been selected with the upcoming tri-nations tournament in Germany in mind. The ultimate aim is athlete conditioning and development over the next two years and providing a smooth athlete pathway for the U21 and senior programmes. It is crucial to note that no door is closed for any athletes throughout the next few years of development and we look forward to this group of U16 players rising to the challenges ahead of them”

Commenting, Carolan said “As an initial entry point into the Ireland women’s hockey programme, our aim is to create a long term pathway. A pathway to facilitate conditioning, technical athlete development and ultimately provide these athletes with every chance to make the Senior women’s programme in years to come.

I look forward to working with the future of Ireland women’s hockey. ”

The first trial will be held on Sunday 5th November , venue to be confirmed.

Irish Coach Alison McNeill has named her squad for the 6 Nations Tournament in Terassa, Barcelona from 17/23 July 2017.  In the build up the girls will travel to Glasgow to play 3 tests against Scotland from 7/19 July before departing for Spain on July 14th.  Coach McNeill went on to say

“Selection has been very challenging due to the competitiveness within the squad. We would like to thank everyone on the panel for their hard work and commitment to the programme over the past few months. We are now looking forward to forthcoming matches v Scotland in Glasgow at the beginning of July” This is very closely by followed by our 6 Nations Tournament in Barcelona”. Europeans will be extremely tough but we look forward to continue our development against the top 5 teams in Europe”