Ireland’s Under-19 boys team will use an extensive squad for July’s Four Nations Development series with coach Simon Lowry giving his full panel of 34 players the chance to shine in this competition.

It will the side’s first games since early 2020 following the postponement of the Under-18 European Championships last summer and the subsequent withdrawal from this year’s refixed tournament due to Covid-19 regulations.

As such, Lowry is delighted to have this competition to work with the panel a year on and use it to develop Ireland’s next generation.

“After such a long and difficult break it is really exciting for all involved to be able to play some competitive international matches,” Lowry said. “We have taken this opportunity to focus on the development of a much wider group, giving 34 players exposure to play at an international level.

“It has been a tricky time with exams and various levels of lockdown but all of the lads involved have shown resilience and maturity beyond their years and there’s a positive atmosphere within the group going into these games.

“The presence of Will Bartley and Ronán Hickey in the management team has provided great continuity for the players and this is greatly appreciated by all. We’re all very much looking forward to the weeks ahead and seeing what this talented group can achieve.” 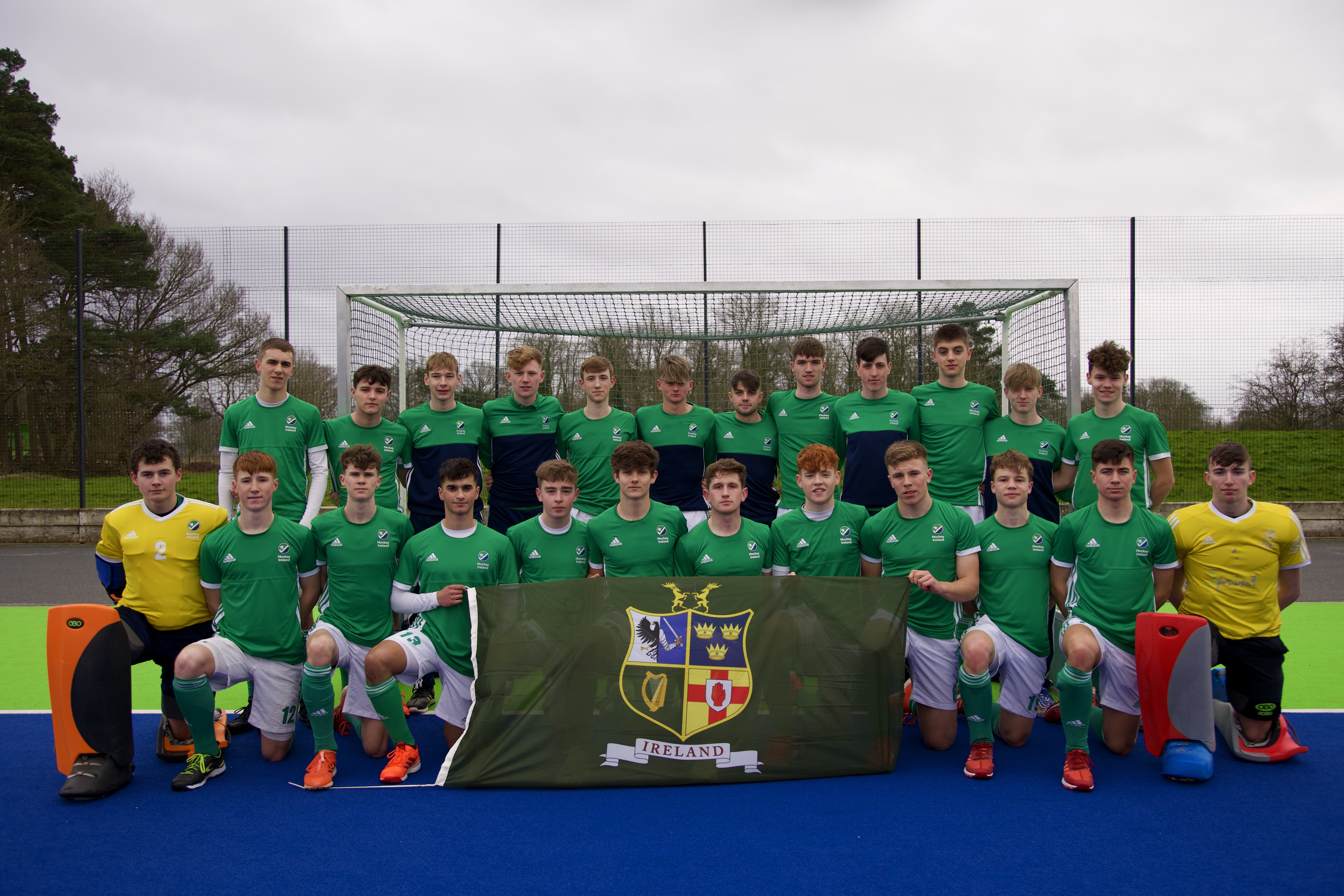 Speaking on the selection, Head Coach Niall Denham said “The following squad has been selected to take part in a three match test series against England in Lilleshall to get our preparations for the Europeans under way. I am looking forward to getting this group away and starting to formulate ideas for the summer series. Three matches will test the players physically and tactically. We are looking forward to playing these competitive matches.”

Coach Niall Denham has announced his U18 training squad today, after last weekend’s Interpro’s in Belfast, saying ‘After a very competitive Interpro’s, I am delighted to get started with the a larger than expected training squad to work towards the Europeans in Kazan in July 2020’. The first U18 session will be on Sunday 29th September. The manager of the U18 boys will be in touch with all players selected.”

Head Coach of Ireland U18 Boys, Niall Denham, is delighted to announce his squad for the upcoming series against Scotland, 30th June/1st July 2019 followed by the Volvo Six Nations Tournament in Eindhoven, Netherlands 14th-20th July. Denham stated “they have been a very good group to work with and again the standard was very high. This made the final team selection a challenge. We look forward to competing in the upcoming two series.”

The squad for these events is as follows:

** GK selection will be based on a late fitness test

A Boys U17 Development Squads will travel to Mannheimer HC from Friday 7th June – Monday 10th June to an Invitational 4 Nations tournament. They will play matches against Germany U16, Holland U16 and Australia U16.

A live stream of the games will be available organised by Mannheimer Hockey Club https://www.youtube.com/mannheimerhockeyclub 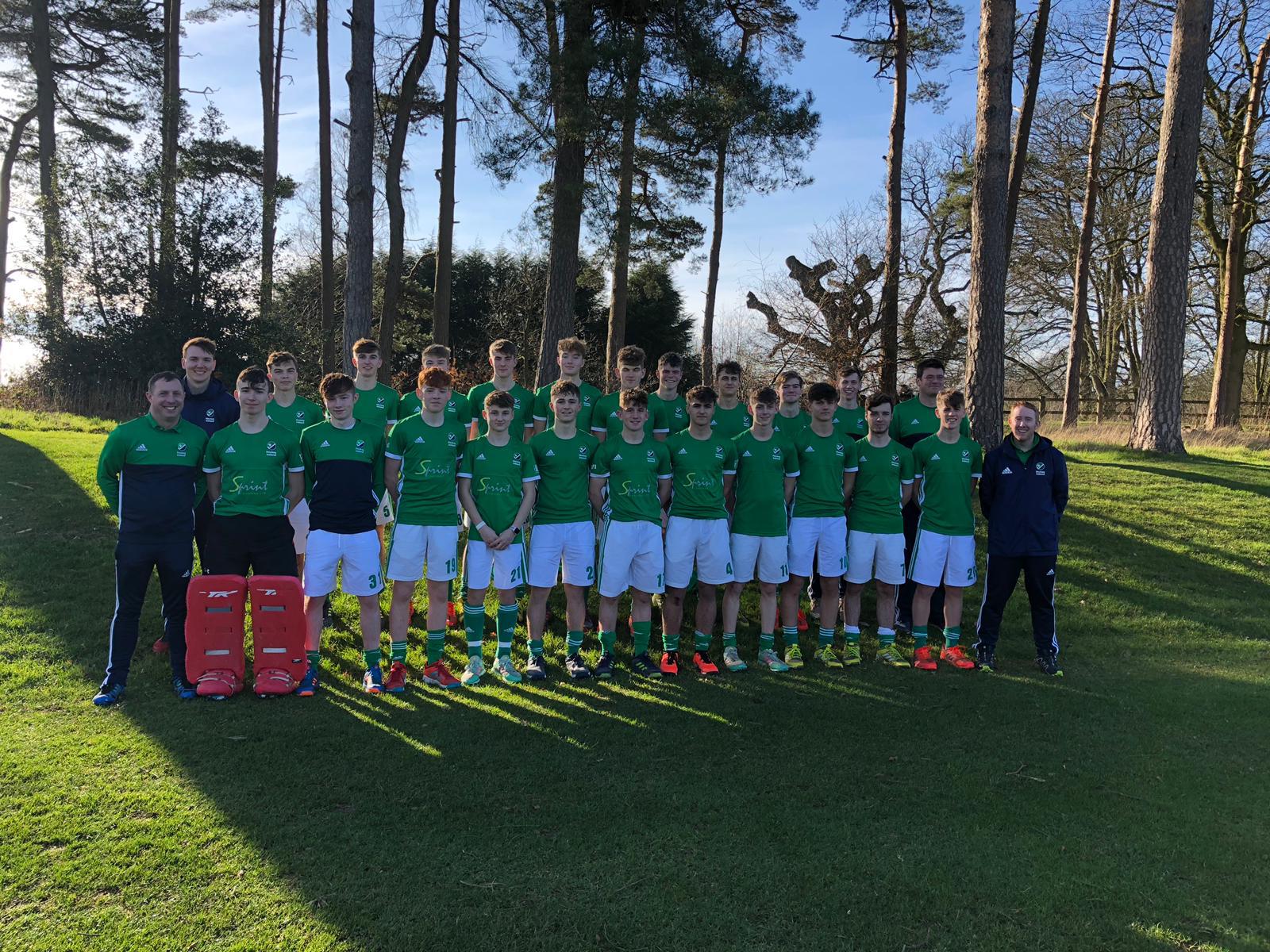 A busy summer awaits the U18 boys as they prepare to take on Europe’s best teams at the U18 European Championships in Santander this July. To support the team on their fundraising efforts you can click here to donate to their campaign.

Elun Hack, head coach of Ireland’s U18 Boys squad, has today announced his squad of 18 for the upcoming European Championships in Santandar. Ireland sit in Pool B and will face tough opposition int he forms of the Netherlands, France and Belgium.

Speaking about the squad, Hack said “I would like to take this opportunity to congratulate the players selected to represent Ireland at the upcoming Europeans in Santander from 15/21 July. The selection was extremely competitive, and on the back of a very successful Training camp in South Africa over Easter we have selected the players that believe will best represent our team principles in the hopes of achieving our objectives. We hope to fine tune several key principles in the coming weeks, and give ourselves the best chance of being as competitive as possible when we play against the top nations next month. Many thanks to all the players, and parents, for their effort throughout the past several months.”

“It has been incredibly difficult to make this selection, the players have all worked extremely hard and given a fantastic account of themselves. I believe that we have selected a talented and hard working group of players and look forward to seeing how they deal with and respond to the coming months, as we look to finalise the squad for Europeans in the summer. Congratulations to those selected.”

** Josh Greaney invited to attend as could not attend the final two training sessions due to injury.

U18 Irish Coach Elun Hack, following the recent Interpros and All Ireland Schools, has named a large group for trials the first of which will take place on Sunday November 19th at a venue to be confirmed.

Coach Gareth Borland has named the Irish Under 18 squad along with 2 reserves who will take part in this summers 6 Nations tournament hosted in Nottingham from July 17th – 23rd.

Having trained with a large development panel all the players have made significant improvements to their game and physical condition over the last 9 months.

There were some difficult decisions to make in the final selection but we feel we have a great group of talented, highly versatile players.

We are grateful to Three Rock Rovers, Banbridge and Lisnagarvey for the use of their facilities while also providing us with opposition, along with Monkstown, in practise games.