The Kate Russell All Ireland Schoolgirls Championships are played on an annual  basis and consists of the following five teams: 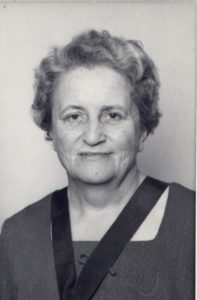 Kate Russell was one of the most influential figures in the history of the Irish Ladies’ Hockey Union (ILHU). Her utter dedication to the game was of huge benefit to the union. She was ILHU Honorary Secretary from 1938-59 and served as ILHU President in 1966-67.  She was President of Leinster LHU 1964-69, Honorary Secretary (IFWHA) 1963-1971 and Vice President (IFWHA) 1971. She was made Honorary Life Member of the ILHU.

Kate died in 1978 after 50 years of service to the game and upon her death hundreds of condolences poured into the offices of the ILHU, from all corners of the hockey playing world.