You are here: Home / Florence McKeown 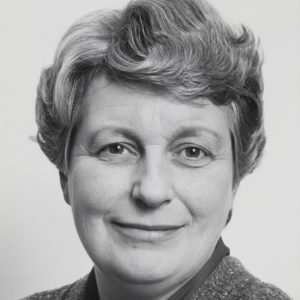 Elizabeth Florence McKeown was professor of morbid anatomy at Queen’s University, Belfast, and a consultant pathologist. Born in Belfast, she was the daughter of Robert Lemon McKeown, a missionary, and his wife, Mary née Lyons, whose father, Robert, was an hotelier. Educated at Victoria College, Belfast, she studied medicine at Queen’s University and the Royal Victoria Hospital in Belfast.

After qualifying in 1942 she did house jobs at the Royal Victoria Hospital and was an assistant in pathology at Queen’s.

Appointed lecturer in pathology in 1947, she became reader in 1954 and professor of morbid anatomy 13 years later. She spent her entire academic career at Queen’s and was also a consultant pathologist from 1952 at the Royal Victoria and City hospitals.

A member of the Pathological Society of Great Britain and the British Cardiac Society, she contributed over 30 papers to various journals and wrote Pathology of the aged (London, Butterworths, 1965). From 1967 she was on the editorial board of the Journal of pathology and bacteriology.

She enjoyed foreign travel, gardening and music, and was president of the Irish and Ulster women’s hockey associations.

Unmarried, her death was reported to the RCP by her niece, Ruth Cook.