You are here: Home / Martin Canniffe 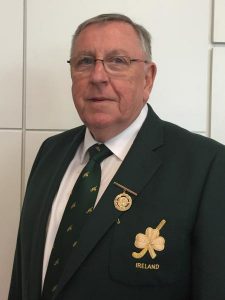 Martin Canniffe started his hockey career with Belvedere Hockey Club in Cork. He moved to Dublin in 1991 and umpired for 30 years, retiring in 2009. Umpiring at interprovincial level, Martin also travelled to Europe representing Ireland at indoor and outdoor tournaments as a Judge, Technical Official and Tournament Director. He officiated at over 30 tournaments in Europe including the Eurohockey Nations Championships, EHL, KO16 and finals, FIH Olympic Qualifiers and World League.